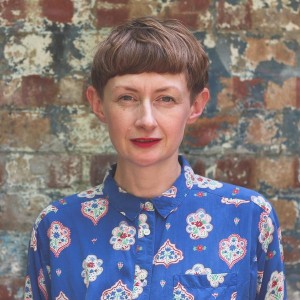 Louisa Tan is an entrepreneur and strategist. She’s the founder of Common Exception and co-founder of Studio Luxmore.
All Posts

Starting Is Hard — But It Doesn’t Need To Be

Everyone has been there. Trying to think of something to write, a new idea, something to get you started… and nothing. You come up with a blank — frozen with some weird sort of paralysis.

When you really want something you suddenly become unable to perform, unable to do the thing that you really want to do. This resistance to do the thing that we really want to, and sometimes need to, is so counter intuitive — adding to the frustration. This feeling can be so overwhelming, the equivalent to being dumped in the ocean, the water tumbling you around, pushed into your nose and ears, shaking you up until you don’t know which way is up anymore. And then, to make it worse, you can start thinking about all the successful people you know, thinking they have it sorted and they know what they are doing…

So how to get started?

Stop thinking about other people

Perhaps you’re trying to do too much. Work out what needs to happen for you to complete your task. Just start with one small thing — this will help you get closer to where you want. It’s also useful to keep in mind that you can’t actually do too much in one day. Try to keep your list small but focused — three things max for any one day!

Focus on one thing

Don’t get distracted! It feels easier to do something else — but don’t! Resist the urge. Don’t clean your home, don’t check your emails and don’t call a friend! It’s ok to stare out the window and think, but try to do some work even if it feels hard. Unfortunately the hard work won’t do itself.

Have faith in yourself and your dreams. What’s the worst that could happen? Yes, you might fail but you’ll learn from it. The not doing is a bigger failure as you do nothing and you learn nothing.

Stop thinking and just do it. It’s as simple as it sounds. Don’t worry about being afraid. Just take a deep breath and go for it. If it’s not life threatening, it won’t kill you. It might not be perfect — but it will be ok! Do what you need to do to get you closer to your goals. Write, publish, make. Whatever you do, put it out there and have faith.

PrevPreviousThe Biggest Thing Holding You Back? It’s Neither Money Nor Talent

Want to be the first in the know? Every week we share useful information about a wide range of topics to help you start or grow your brand. Sign up for our newsletter here.

Read more about Common Exception here, and find out about our special courses and services.

The Biggest Thing Holding You Back? It’s Neither Money Nor Talent

Your Business Starts With You – The Importance Of Self Care

Find out more or adjust your settings.

Every week we share useful information about a wide range of topics to help you start or grow your brand.

Just enter your details below to get started:

Common Exception will use the information you provide on this form to stay in touch, send you updates, and send marketing emails about our products and services. You can unsubscribe at any time through a link in the footer of an email from us. For more information, please read our Privacy Policy.

Thanks for signing up to our newsletter.
We'll be in touch soon.​

This website uses cookies so that we can provide you with the best user experience possible. Cookie information is stored in your browser and performs functions such as recognising you when you return to our website and helping our team to understand which sections of the website you find most interesting and useful.

Strictly Necessary Cookie should be enabled at all times so that we can save your preferences for cookie settings.

If you disable this cookie, we will not be able to save your preferences. This means that every time you visit this website you will need to enable or disable cookies again.